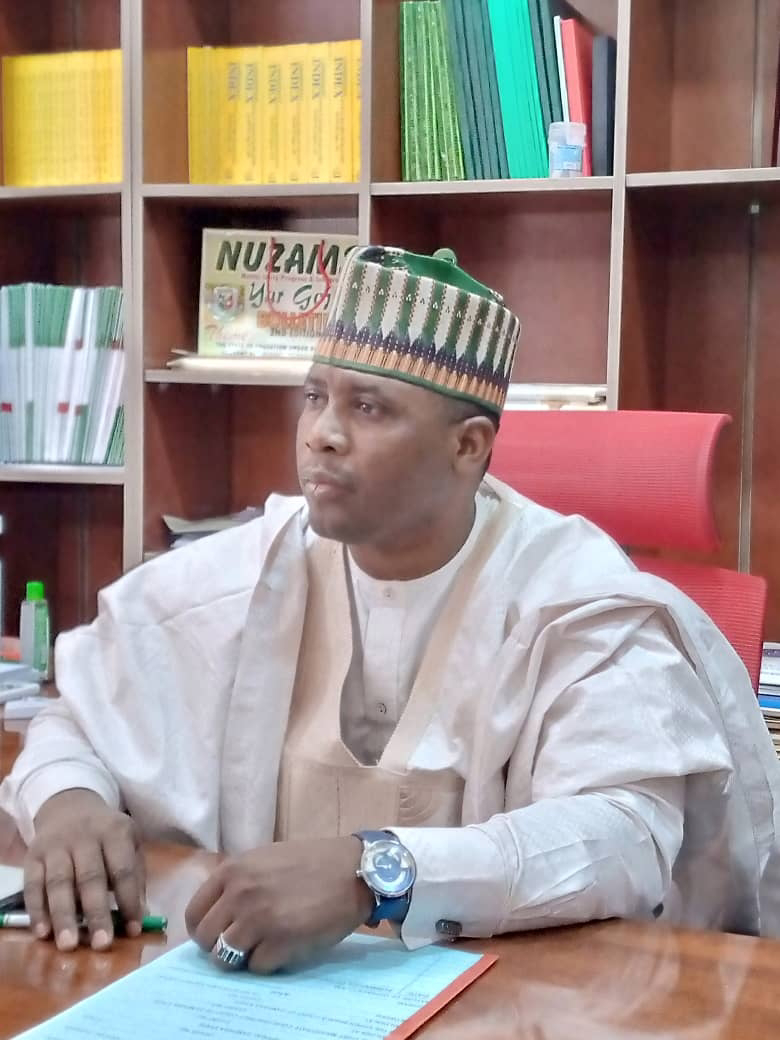 Picture of Zamfara State Attorney General Barr. Nura Ibrahim Zarumi
A federal high court sitting in Gusau has dismissed a suit filed by one Barr. Shafiu Shehu Esq against the appointment of Barr. Nura Ibrahim Zarumi on the ground of non-fullfilment of section 195 of the Nigerian constitution 1999 as amended.
In a suit with no FHC/GS/CS /1/2020; Between Barr. Shafiu Shehu Auta Esq v. Hon. Attorney-General, zamfara State & 2 Ors. the applicant challenged that the state Governor, Bello Muhammad Matawalle has not followed the extant provision of section 195 of the 1999 constitution as amended in the appointment of Nura Ibrahim Zarumi
Section 195 of the constitution of Nigeria 1999 as amended provides that, “Attorney General is appointed by the Governor of a state. An Appointed person is eligible to hold the office as Attorney General if he is qualified as a legal practitioner in Nigeria and has been so qualified for not less than ten years”.
When the matter came up, the State Governor wrote to the body of benchers to confirm the status of the Attorney General based on the petition written and the learned members of the body of benchers confirmed to the Governor that the Attorney General is eligible to be appointed.
It was confirmed that, despite the confirmation, the petitioner went ahead to file a legal suit against the State Attorney General at the Federal High Court, Gusau.
In a ruling delivered by the presiding judge F. M. Aminu the judge dismissed the suit and affirmed the appointment of the Attorney General.
Reacting to the judgement, the State Attorney General and Commissioner for Justice, Barr. Nura Ibrahim Zarumi commended the judge for upholding the rule of law.
He thanked Governor Matawalle for his doggedness and commitment in doing the right thing and called on the aggrieved parties to join hands with all stakeholders in order to strengthen the administration of criminal justice.
Related Topics: