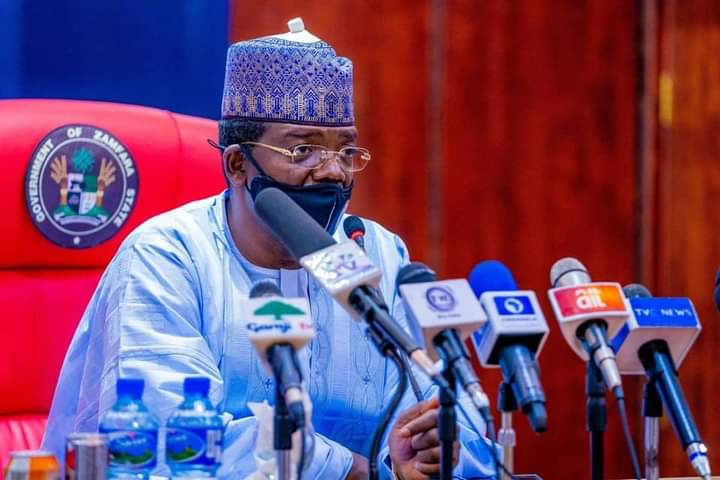 Governor Bello Mohammed Matawalle has attended a one day North- West Zonal strategic security town hall meeting at Arewa House Kaduna today.
The meeting which was led by the National Security Adviser, Major-General Babagana  Munguno (rtd) comprises of all the seven Governors of the North-West and their Secretaries to the State Government,.
The Governor’s Spoke Person Zailani Bappa said, other stake holders include the Chief of Defense Staff and all the Service Chiefs, the Inspector General of Police and the Directors-General of National Intelligence Agency(NIA) and the State Department (SSS).
Governor Matawalle described the town hall meeting as a welcome development especially in the light of the fact that the country was undergoing serious political upheavals which calls for the contribution of all and sundry to find a lasting solution to its growing menace.
The NSA said the meeting was designed to cover all the six geo- political zones of the country in a bid to feel the pulse of the people and generate workable ideas to solving the security problems of the nation.
The meeting was however, adjourned due to unexpected security turn of events especially in the South-Western part of the country where a declaration was set up to visit the affected area and assess the level of damage.
The NSA, however, apologized to all the  stakeholders at the meeting for the inability of the meeting to generate all that was needed and promised to stage another comeback on the same subject matter.
The Governors and all the Service Chiefs retired to the Sir Kasheem Ibrahim House and extensively deliberated on the current security situation in the Zone.
Related Topics: