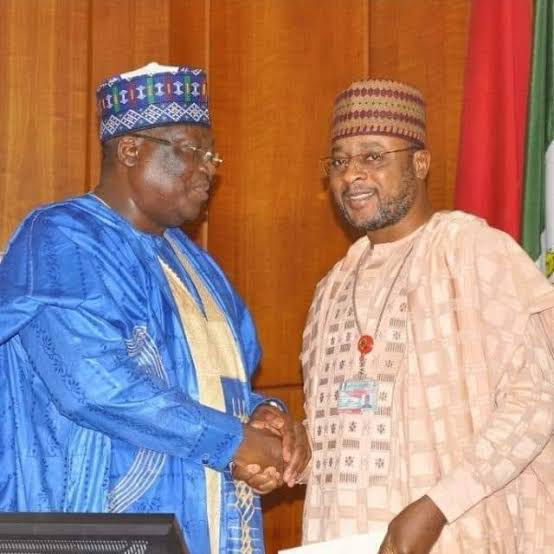 Senator representing Zamfara West Lawal Hassan Anka falls within the category of those senators that have not sponsored a single bill within the period of one year since their inauguration.
Senate President, Ahmad Lawan, Adamu Bulkachuwa (APC, Bauchi) and former governor of Kano State, Ibrahim Shekarau (APC, Kano) are among the 10 senators who have not sponsored a single bill in the last one year.
Other senators with no single bill to their names are: Christopher Stephen Ekpenyong (PDP, Akwa Ibom), Godiya Akwashiki (APC, Nasarawa), Emmanuel Yisa Orker-jev (PDP, Benue), Kabir Abdullahi Barkiya (APC, Katsina), Nicholas Olubukola Tofowomo (PDP, Ondo), Peter Onyeluka Nwaoboshi (PDP, Delta) and Lawali Hassan Anka (PDP, Zamfara).
The duo of   Ignatius Datong Longjan (APC, Plateau) and Sikiru Adebayo Osinowo (APC, Lagos) also had no bills to their credit until their death in February and June 2020 respectively.
But suprisingly, Senator Sahabi Alh Yau and Hassan Muhammad Nasiha from Zamfara State  have equally sponsored three (3) bills each within each

In terms of bills sponsorship, Senate Leader, Yahaya Abdullahi (APC, Kebbi) topped the chart with over 30 bills to his name. This is because the House of Representatives bills sent to the Senate for concurrence and the Executive bills stand in his name.

The Senate Leader is closely followed by Stella Oduah (PDP, Anambra), a two-time Senator, with 29 bills. Coming third on top of the chart is the Deputy Senate President, Ovie Omo-Agege (APC, Delta) who had 22 bills. Most of Omo-Agege’s bills are those seeking to alter the provisions of the constitution. He chairs the Senate Committee on Constitution Review.

In the last one year, some of the private member bills sponsored by federal lawmakers had stirred controversies in the polity as regards their desirability or otherwise.

Some of these controversial pieces of legislation are: the anti-social media bill, hate speech bill, a bill seeking to establish an agency for repentant Boko Haram insurgents, a bill for an Act to prohibit/ban the use of generators and infectious disease bill.

FUNCTIONS OF THE NATIONAL ASSEMBLY MEMBERS

The National Assembly, under Section 4 subsection (2) of the 1999 Constitution as amended, is vested with “powers to make laws for the peace, order and good governance of the Federation or any part thereof with respect to any matter included in the Exclusive Legislative List”.
The primary functions of a legislator include making laws on issues of public interest; representing the interest of citizens; and oversight of government Ministries, Departments and Agencies (MDAs).
The 9th Senate was inaugurated on 11 June, 2019. Since then, over 450 bills have been introduced, according to official records analysed by Daily Trust between October 2019, when bills sponsorship started and July 23, 2020 when the Red Chamber embarked on a two-month annual recess.